Cheers, all! Enjoy whatever time off you've got and go hug your loved ones RIGHT NOW!
Posted by Sarah Anne Davis at 12:32 PM No comments: 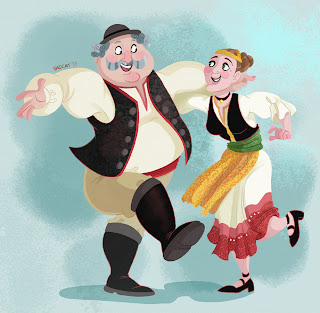 Got a little more to post, but I'll save it for now. MORE HOMEWORK TO TACKLE, AHOHOHOHO--*weep*
Posted by Sarah Anne Davis at 6:52 PM No comments:

A couple assignments here done for Life Drawing. The first are some anatomical studies. We were supposed to choose a part of the body that we have difficulty with (oh such joke potential--but no time!). I chose the feet because, while they're my favourite thing to draw, they're easy to draw poorly. I figured practice could not hurt at all. 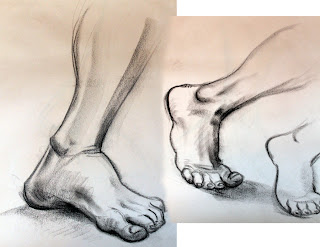 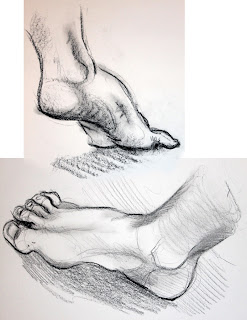 And the second assignment is a drawing done for the Royal Winter Fair, as has become the yearly custom! This year we were to focus on story-telling with our drawings. I chose to be cruel (also now tradition). But seriously, it's next to impossible to get close to the pigs with all the little poky children crowding around. 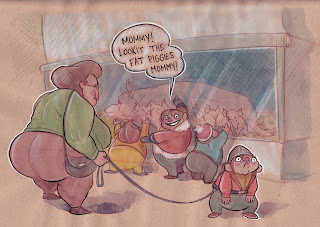 So our group film has come a long way since my last post about it. We've got a much firmer story now, and we're moving into finalizing designs. I've been managing the story team and this week we'll be submitting our film's design pack, so we handled the coloured story beats. I did the first two: 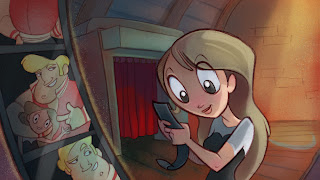 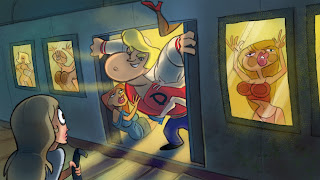 I will leave these completely vague and without description, because not only will that potentially heighten anticipation for the film itself, it will also confuse and annoy!

I also had some fun with the design pack and caricatured our entire team as ghosts:

Most recent project was the "Heroes and Villains" assignment for life drawing. The idea was to take three drawings we had done in class or at Extra-Life and mimic the poses whilst creating a character who either embodied that of a hero or a villain. 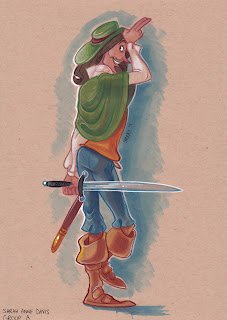 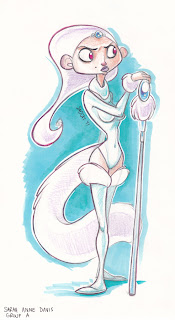 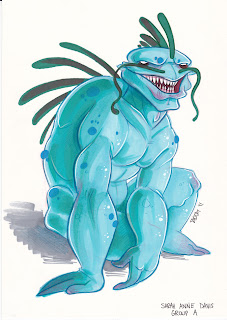 So we've got a Musketeer Man, a Mistress Mink, and a Mustache Monster. Yes, yes that's right.
Posted by Sarah Anne Davis at 6:15 PM 1 comment:

The Prince and the Assassin

Here's my completely inept and dorky prince Laurent somehow managing to look rather suave as he gets frisky with Jessica Channer's character Rin the blind but extremely competent assassin (except where cats are concerned). 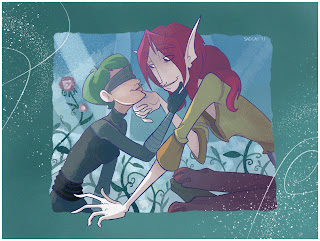 The scene didn't end well, but freeze this moment and they almost look normal.
Posted by Sarah Anne Davis at 7:33 PM No comments:

Second year of animation came to an end, and I again worked full-time over the summer at Sheridan for facilities management, cleaning and painting and making the school all sparkly and majestic for the next year. This success is of course foiled within the first day, when students smear their conte-laden fingers across the wall, doodle genitalia over every available surface in the most permanent of inks, and cover everything else with masking tape and stickers.

But I digress. Here have some art!


And with the third year of animation comes the infamous.... GROUP FILM! I was lucky enough to end up with an incredible batch of talented individuals, and I think we've got a pretty spiffy story with a lot of potential for some exciting art, effects, and animation. In short, this year is all about improving my skills, expanding my portfolio, and pushing myself to try new things.

Here's a little of the art I've done so far, for our as yet untitled project. 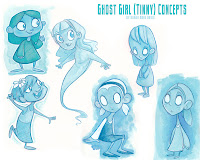 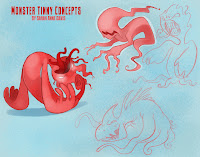 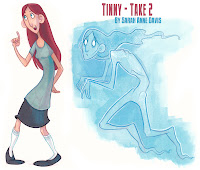 And finally, some random art I've drawn recently of mine and my friends' original characters (Shaari from the first image belongs to Jessica Channer, and Tinette is of course property of no one, but is imagined with caution by Annie Hughes)... 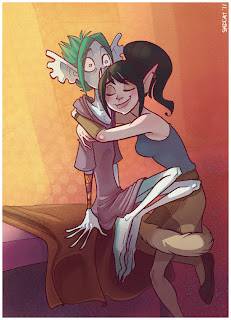 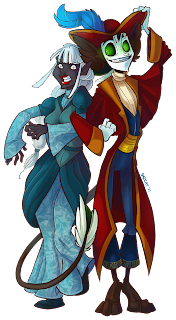 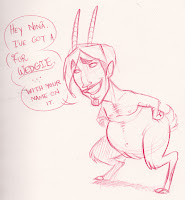